Some of My Favorite Books 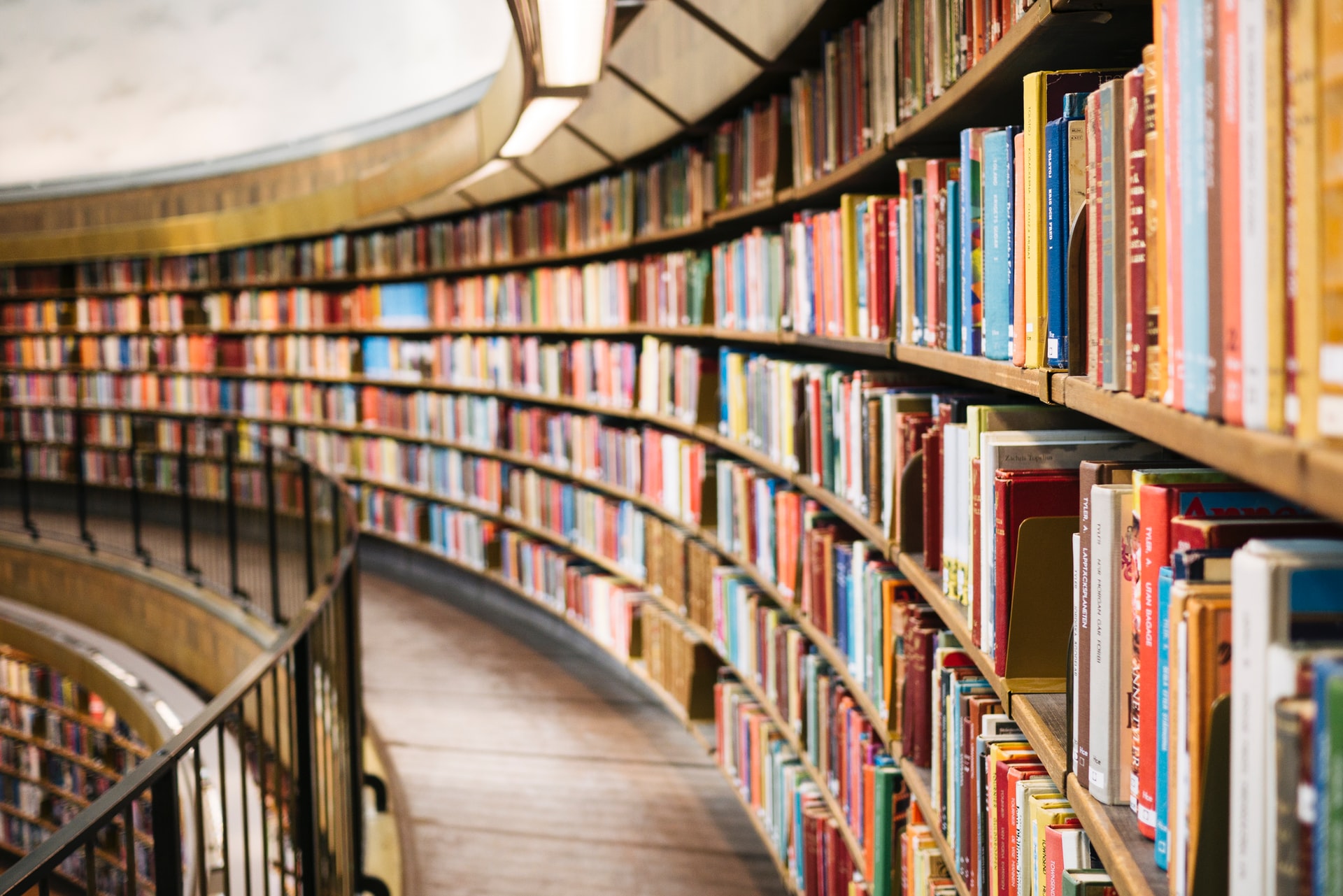 Now that the COVID pandemic has curtailed most of my outdoor and social life, I’ve been combing the web for recommendations on new stuff to read. The process of doing so reminded me that I like talking about my favorite things as much as the next person. So here’s a list of books that I’ve particularly enjoyed.

The Captain Class: The Hidden Force That Creates the World’s Greatest Teams, by Sam Walker

Sam Walker sought to find the ultimate driver of the best sports teams. The answer he uncovered: team captains. Through the stories of sports legends such as Tim Duncan of the San Antonio Spurs, Carles Puyol of FC Barcelona, and Carla Overbeck of U.S. Women’s Soccer, Walker explains the traits shared among the very best team captains. This is a must-read for anyone who aspires to play a leadership role in any endeavor.

Churchill and Orwell: The Fight for Freedom, by Thomas E. Ricks

Churchill and Orwell never met in real life. The very concept of this dual biography shouldn’t work at all. But through the very deft execution of author Thomas Ricks, it works remarkably well.

This book tells the parallel stories of two men who were, in many ways, complete opposites. Churchill was an irrepressible optimist and adventure-seeker; Orwell was a gloomy invalid. Yet both made tremendous contributions to the fight against fascism and totalitarianism, making them giants of their era.

Endurance is one of my favorite books of all time. It chronicles the story of the 1914-1917 Imperial Trans-Antarctic Expedition - an ill-fated expedition that left 28 explorers stranded in one of the most deadly places in the world. As you read about the heroic exploits that expedition leader Ernest Shackleton underwent to save his team, you gradually understand why polar explorers say:

“For scientific discovery give me Scott; for speed and efficiency of travel give me Amundsen; but when disaster strikes and all hope is gone, get down on your knees and pray for Shackleton.”

Of course Trump was going to fuck up the government’s response to COVID-19, bringing America to its knees. Michael Lewis basically called it two years early. While the author of The Big Short didn’t quite predict which catastrophe would strike, his survey of the federal government’s portfolio of risk indicated that trouble was on the horizon. This is what happens when good program management goes out the window.

The Fire Next Time, by James Baldwin

This somber collection of essays has had a profound impact on my views on race relations. Read it for the timeliness: despite being published in the 1960s, what it has to say is incredibly relevant in the time of Black Lives Matter. Read it for the style: Baldwin is one of my two favorite stylists of English prose. (The other is Edward Gibbon; see below.)

The Fish That Ate the Whale: The Life and Times of America’s Banana King, by Rich Cohen

This book offers two things. The first is the strange and gripping tale of Samuel Zemurray, filled with entrepreneurial hustle, international espionage, and political coups. The second is all the knowledge of bananas you’ll ever need in life.

The History of the Decline and Fall of the Roman Empire, by Edward Gibbon

Full disclosure: I read the 1-volume abridged version published by Penguin Classics. I intend to tackle the full six volumes at some later point.

Gibbon’s Decline and Fall was supposedly Winston Churchill’s main influence as an author and speechwriter. It makes perfect sense: Gibbon’s prose is nothing short of epic.

You can find almost everything in this grand tour of Western history. You meet brilliant generals (notably Aetius and Belisarius), fallen monarchs (Constantine XI Palaiologos), and asshat tyrants (Maximinus Thrax). And as a true British scholar, Gibbon offers a buffet of wry observations served with deadpan humor: Did you know that so many Catholic relics were allegedly fragments of the True Cross, the only plausible explanation is that the cross must be a living tree?

The Most Important Thing Illuminated, by Howard Marks

Three words: second order thinking. The best strategic minds outmanuever others because they can foresee the long-term consequences of events much better than their myopic peers. This fantastic book about value investing gives you a taste of how folks at Oaktree Capital make bank by thinking at the nth-order.

Never Split the Difference: Negotiate Like Your Life Depended On It, by Chris Voss and Tahl Raz

The main author of this book is a former FBI hostage negotiator. This book will teach you to negotiate like a boss. Once you grasp Chris Voss’s theory of “tactical empathy”, you’ll see social interactions in a brand new light.

Sapiens: A Brief History of Humankind, by Yuval Noah Harari

Sometimes Sapiens feels like the heir apparent to Karl Popper’s The Open Society and Its Enemies. At other times, it’s like a book version of computer games from Sid Mier’s Civilization series. I love both, so I naturally found Sapiens to be excellent.

This book is about where we (Homo sapiens) came from, and the various experiments that we attempted with agriculture, science, religion, and imperialism. In the process, it delivers a strikingly eloquent message on how we can be a better, more humane species.

We’re so lucky that this titan of modern science decided to share his whimsical stories of life and work. Richard Feynman’s amazing life shows that genius isn’t just about knowing a lot of things. It boils down to a disciplined pursuit of knowledge combined with a playful zest for life.

This was written by the guy who famously self-taught himself MIT’s Computer Science curriculum in one year with online videos and problem sets. Learning rapidly and retaining the knowledge is a very practical superpower, so I highly recommend this book to everyone. Applying the lessons in this book is the best way to experience that “I know kung fu” moment from The Matrix in real life.

Did it ever occurred to you that learning to appreciate fine art can turn you into Sherlock Holmes? This is the book-version of Amy Herman’s art appreciation class, which has been used to teach doctors and counter-terrorism experts to really see the hidden clues that ordinary folks miss.

Pro tip: read a physical copy of this book. It’s easier and more enjoyable to squint at famous paintings on paper.

The Count of Monte Cristo, by Alexandre Dumas

The Count of Monte Cristo is a thrilling revenge tale packed with adventure and intrigue. The novel’s eponymous count is a proto-Batman from the Napoleonic Era: he’s a mysterious, intelligent, and ultra-rich man with a secret cave, an alter ego, and a need to dispense justice with his own hands.

This novel culminates with a message that I frequently dwell upon:

“Live, then, and be happy, beloved children of my heart, and never forget, that until the day God will deign to reveal the future to man, all human wisdom is contained in these two words, ‘Wait and Hope.’”

“Original” and “imaginative” are gross understatements. Susanna Clarke is a genius, and this historical fantasy epic is in a league of its own.

With war for continental supremacy between Regency Era Britain and Napoleonic France as its backdrop, this is a story of a master-pupil pair of “practical magicians” (read: wizards). Norrell is a timid scholar who stays at home to serve as a defense consultant for the British government. Strange follows his Byronic impulses and uses magic on the battlefield to aid Wellington’s armies. Utterly crazy shit happens.

The Remains of the Day, by Kazuo Ishiguro

The butler of a disgraced English lord solemnly reflects upon his life. He meanders through Darlington Hall in his memories, piecing together the personal and political events that took place on the estate during the 1920s and 1930s. What significance did they carry?

There’s a powerful moral to this story. See if you can identify it.

This is the story of a man who shares a name with The Buddha. He meets Gautama Buddha, yet chooses to seek his own path towards enlightenment. What results is a Hero’s Journey steeped in mysticism and spirituality.

Stories of Your Life and Others, by Ted Chiang

Stories of Your Life and Others is a collection of stories that won an incredible number of sci-fi awards. Ted Chiang has a knack for transforming concepts from math and science into meditations on the human experience. In his hands, Fermat’s Principle of Least Time becomes a haunting analogy for fate and predestination.

Oh, and one of the stories in the collection was the inspiration for Denis Villeneuve’s film Arrival.

Spies of the Balkans, by Alan Furst

Although novels in Alan Furst’s Night Soldiers series tend to vary in quality, I thoroughly enjoyed Spies of the Balkans. This is a tale about a Greek cop in World War II who runs escape lines for Jewish refugees. Costa Zannis has a faithful dog, encounters femme fatales, and punches a deserving asshole in the face. The story oozes with noir goodness.

The Ultimate Hitchhiker’s Guide to the Galaxy, by Douglas Adams

The Hitchhiker’s Guide to the Galaxy and its sequels are basically Monty Python sketches in space. They’re cheerfully nonsensical, yet somehow they make a lot of sense. They also famously gave Elon Musk his life purpose and taught a generation of computer scientists to love the number 42.

Watership Down, by Richard Adams

I’m astounded by how much adventure and wisdom can be packed into a pastoral novel about rabbits. Think Aeneid with bunnies, and then throw in some action sequences that bear striking resemblance to WWII-era reconnaissance and raiding missions. Readers will find a leadership masterclass in main character Hazel’s successes and follies.

Also worth noting: Watership Down has (in my opinion) one of the most badass lines in literature:

“My Chief Rabbit has told me to stay and defend this run, and until he says otherwise, I shall stay here.”